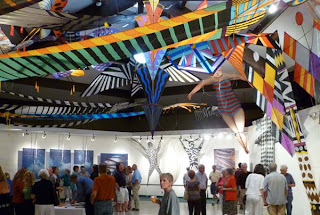 We rarely exhibit our kites indoors. They are outdoor creatures, made for the winds, made to move and dance under the clouds with the sun shining brightly and illuminating their skins in the brightest colors imaginable. We were recently offered a show at the local Art Center in Grand Junction, Colorado. The timing worked perfectly with our kite festival calendar and the space in the large round gallery exhibition hall at the art center proved a perfect showplace for the kites. The high ceiling overhead could support numerous kites in flying positions while the surrounding gallery walls worked for showing our new sets of new photo kites. 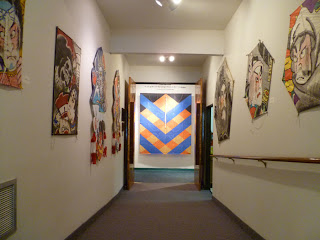 The exhibit entry has a few traditional Japanese kites representing the initial inspiration in delving into the art and craft of kite making back in 1977 when, while living in Hawaii, I started making kites in earnest. I was introduced to Japanese kites through a book entitled “The Art of the Japanese Kite” by artist & writer, Tal Streeter. The definitive collection of stories from his travels around Japan gave insights into the deep cultural roots and fascinating tales of meetings with the old kite masters, many of whom were reaching an age when their craft would pass with them. 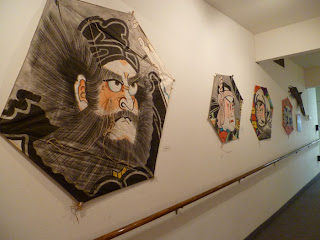 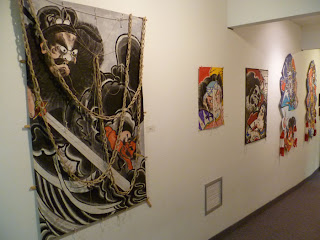 Since then and after many travels throughout the world attending international kite festivals, I’ve learned much from friendships with other kite makers. Around the world each country visited has unveiled the culture and depth of this simple air craft made from paper, string and sticks. From Europe to India, Indonesia to Japan, New Zealand to the US, each country has a very unique history that is wrapped tightly into the culture and traditions of flying. The kites at the entry to the exhibit represent kite makers and friends from Japan who either gave or traded a kite for one of mine. 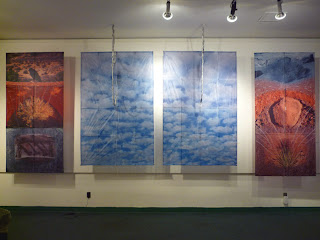 The kites in the exhibition represent a history not only of my kites but also my partner, Melanie Walker’s kites who joined me in 1995 and started making kites as well. Many of her recent kites were produced with a photo printing on polyester technique which involves a dye sublimate digital printing process. This is a new and exciting realm that has opened up many possibilities of combining her first passion in photographic processes with kite making. Some of the photo kites are first prints of mine as well. 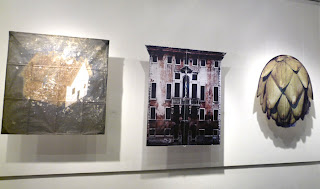 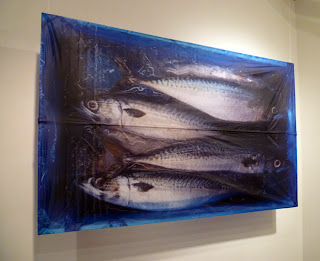 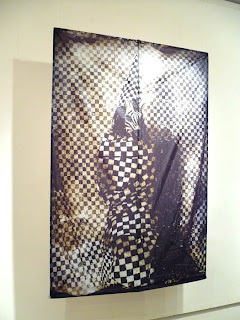 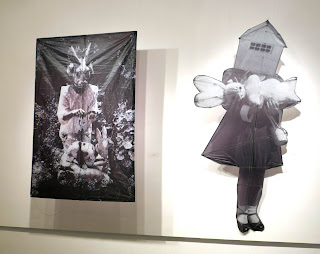 The other kites in the exhibition feature various kite designs of ours that have been developed through the rough school of trial and error. It took maybe two years early on for a kite of mine to finally soar to a high angle and just stay up there. Many kite ‘bones’ were broke in the process of learning the subtle aerodynamic principles of kite aeronautics. The early kites made by traditional Japanese means with carefully split, shaved and balanced bamboo spars very soon gave way to modern materials of fiberglass rod, tube and sewn nylon covers. These new materials were, for the most part, crash proof.

Kites have given an appreciation of the simple act of watching the sky and participating in an act of celebration with the winds. It’s a peaceful pursuit, above it all, in the limitless expanse of overhead space. It is like saying, “Here I am”, swimming in the sky, fishing with no lure, no barb, making no political statement, and letting the wind pull our heavenly tether out higher and higher. The gatherings at the international kite festivals around the world are like a high wire circus act putting colorful paint dabs on the blue canvas overhead. 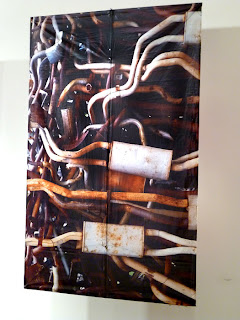 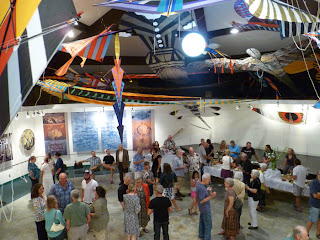 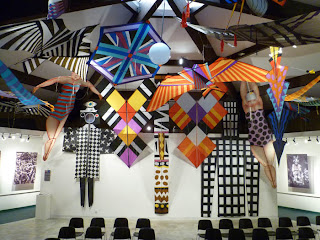 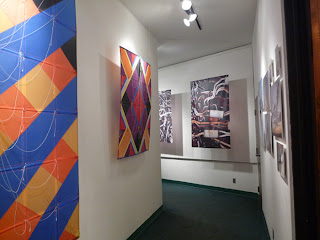 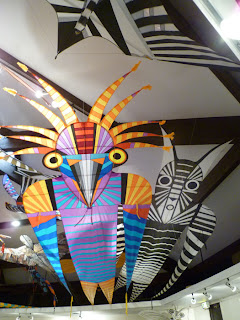 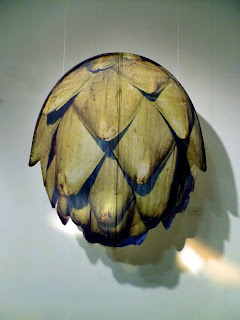 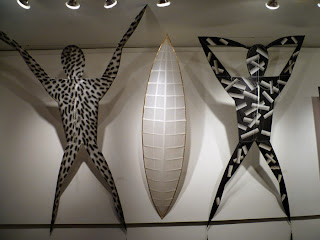 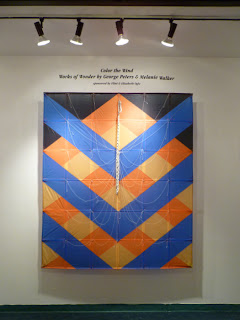 To see more photos from the "Color the Wind" kite exhibition, go to the Flikr slide show.

Many thanks for bringing your art to Grand Junction. It is fun to listen to the comments of children and adults as they view these spectacular creations.

Nice way to decorate your walls. I have never done that. My effort to beautify the walls in my house was to order big-sized canvas prints from wahooart.com, from images of western art. I use the same angel motifs in all of the rooms painted by different painters, such as this one by very interesting English artist Stanley Spencer, http://EN.WahooArt.com/A55A04/w.nsf/OPRA/BRUE-8LT7K6.