SKY ON A STRING 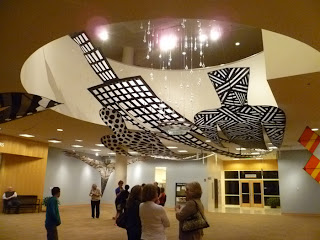 Maybe kites are the prime form of artwork for the outdoors. Some can be as large as billboards offering some prime space for shouting whatever message the flyer wishes the world to know. Kite making is an art and craft available to all as almost a folk art form throughout the world's cultures. We like to think of kites as a celebrationist form of expression. The act of flight being a magical lifting of our cares. It is the play of color and form in the invisible medium of wind and air currents that delights and brings our eyes up and spreads that smile across our faces while flying. .
Kites could even be one of the highest art forms depending, of course, on how much string you might have on your spool. We've often been tempted to fly our kites above the great art museums of the world so we can say "We've shown our kites at the Louvre, the Metropolitan, the Museum of Modern Art..." But the real show place is in the sky gallery and tacked to that beautiful blue and white ceiling.
We were asked to put up a kite show at the Museum of Outdoor Arts in South Denver in the city of Englewood for the spring wind season. While the kites have been stilled in their wind dance, it is inside within the doors of the gallery that reveals an up close view of our kites.
The kites include a view of over thirty years of wind blown passion. Melanie's new photo kites are featured using printing processes onto polyester covers. A special collection of Japanese kites that were gathered from numerous trips to Japan are also included as early influences in my early kite making.
Here's a few quick views from the show... 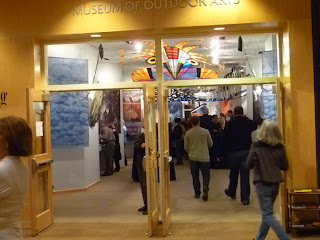 the entry to the museum kite show 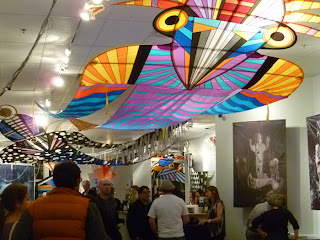 opening night was full of delights 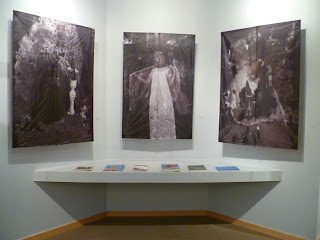 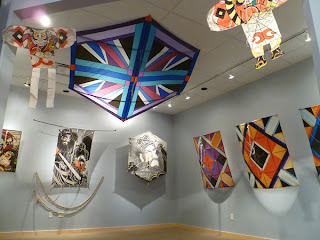 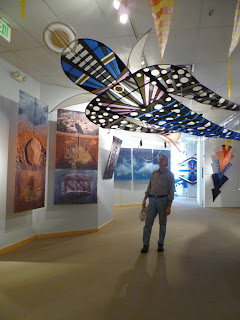 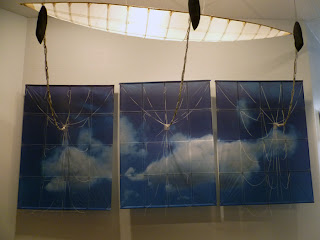 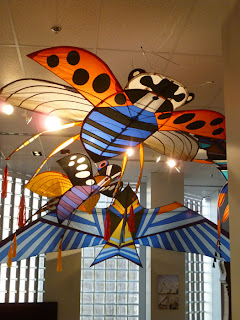 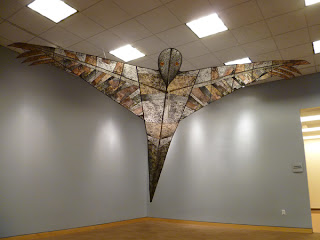 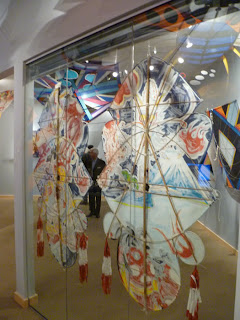 Japanese kites by Hideo Matsutani
In another very small enclosed gallery in the museum there is a show of miniature kites. Some are from the Airworks Studio collection along with others from the extensive kite collections of the Seattle based Drachen Foundation kite archive. 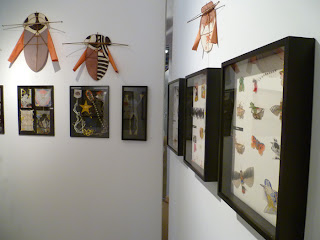 The "Sky on a String" kite exhibition will be at the Museum of Outdoor Arts from March 10th to July 21st, 2012. If you're in the Denver area, stop by and enjoy a wind blown colorful feast. 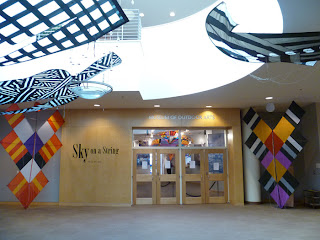 For a slide show of the exhibition, visit the Airworks Studio Flickr photo site here..
Posted by George at 5:14 PM

I'be always admired...no,lusted after a GP kite. He was blessed with the ability to produce a perfect piece of sky art.