THREE IN THE AIR, ONE IN THE NEST 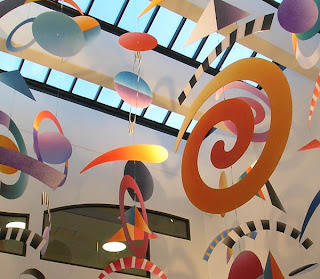 "CIRCUMSPECTRUM"
Hubert H. Humphrey Comprehensive Health Center, Los Angleles
Last year we completed three projects at our studio installing two here in Colorado and one in Los Angeles. We’re also working on our first airport public art commission for the Jacksonville International Airport in Florida that will be installed in March. The size of this project made us have to expand into a larger space to construct the parts and pieces of it that will then be put into a large eighteen wheeler and sped to it’s destination for the install.

The first project was completed last April for the City of Broomfield here in Colorado for the Municipal building lobby. We designed a series of leaf mobiles for the space that move gently in the air currents overhead. The mobiles are made from fiberglass sunscreen, fiberglass rods with acrylic coloring added using masking techniques. 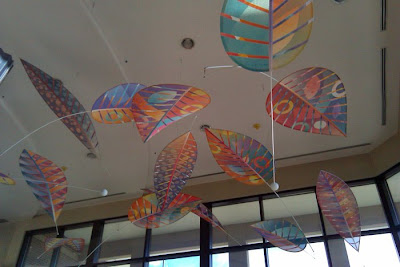 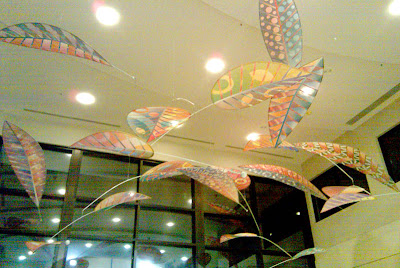 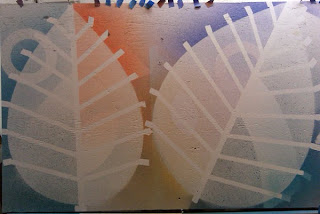 I especially liked the shadow patterns on the spray paint board...
In May and June we traveled to Los Angeles to install another series of mobiles for the newly renovated Hubert H. Humphrey Comprehensive Health Center. The central atrium area provided lots of light for the group of colorful units strung to the upper beams of the skylight. The work moves slowly in the natural air currents and we’re pleased with the way it came out.
"CIRCUMSPECTRUM" 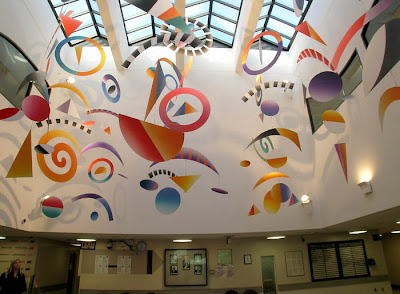 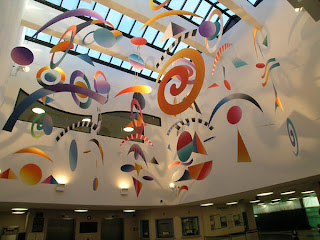 During the summer we started work on a series of wind vanes for an exterior project in City Park of Aurora east of Denver. After many start and stop delays from the renovation and landscape contractors for the park the project was finally installed before the first snow fell in December. The wind vanes turn on 25’ aluminum poles and are constructed of aluminum punched metal screen and aluminum channel and square pipe.
"SOLAR WINDS" 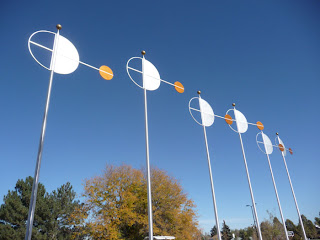 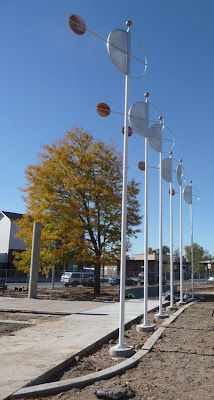 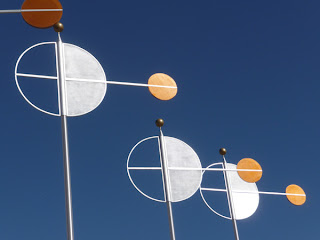 In August we began constructing the frameworks for “Sky Bridges” for the Jacksonville International Airport. The long arched triangular trusses were assembled at our home studio outdoor workspace and quickly took over our small yard while we looked for a larger studio to work in. After a couple months of looking all over Boulder and surrounding communities we finally found an ample and well lit auto showroom that was perfect for our needs.

With a great crew of studio assistants we are now in the final stages of fabrication covering the trusses with mirrored and light reactive materials that will transform the connector bridge of the airport for travelers heading to the concourses from the main ticketing area. We’re excited about the project and trying to imagine the total light effect of the work in the space. 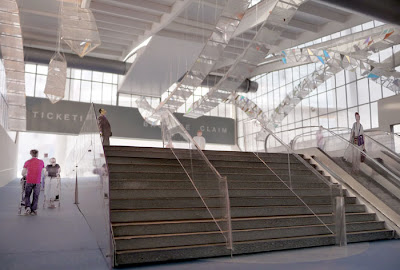 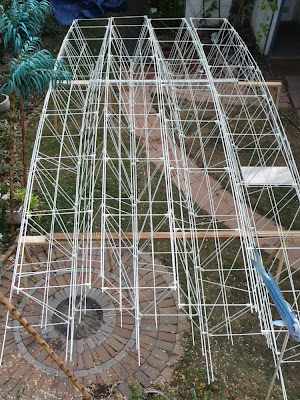 a half of the frames finished and stored in our yard 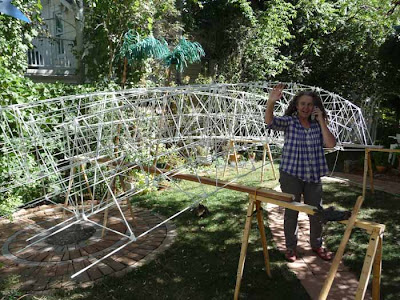 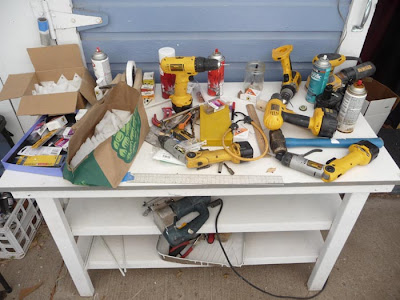 The tool table in the outdoor space. 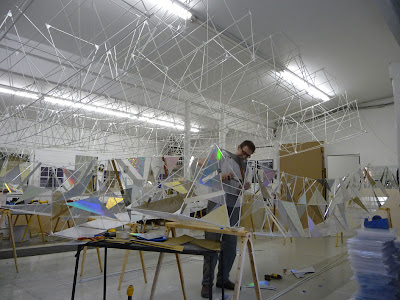 then we moved the operation into a larger space 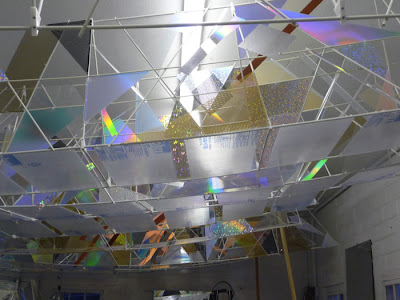 the units needed to go overhead for storage while working below 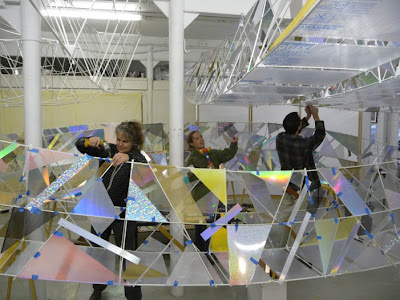 the work crew adding the shiny bits in the new studio
We'll be doing some periodic updates on the airport project as it continues..
Posted by George at 10:03 PM

Inspiring, unique, and just plain great to look at. Thanks for making the world a better place to see.

WOW it is looking magnificent. The design and the items are fit and fabulous looking. You have to careful with the stage truss. It needs to be high-quality and perfectly joint. Leak edge can lead to a devastating situation.