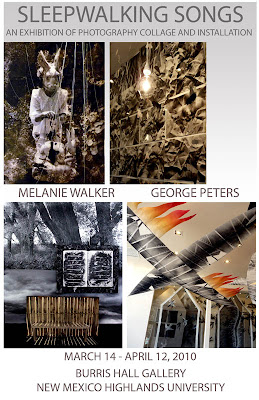 We recently installed some of our works in a joint exhibit at the Burris Hall Gallery at in . We just drove down to disassemble the show but here is a synopsis of the show. 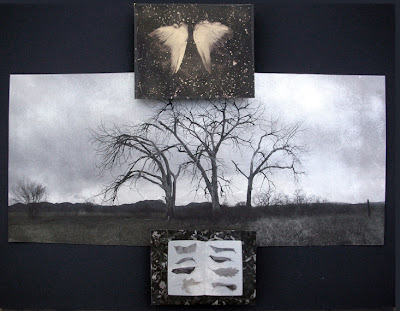 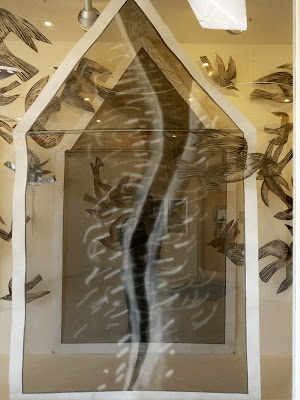 Plato’s Cave relates to his allegorical story about the human mind discerning truth from illusion. Watching dancing shadows on the wall of a cave can be one form of illusion the same as most mediated experiences of reality … ie. television and Youtube. The source of the shadows the light of knowledge is, of course, the greater of the reality and leads one out of the cave of ignorance. The installation features wrinkled paper, about a thousand small paper cut-out moths suspended from the ceiling and a single light bulb. 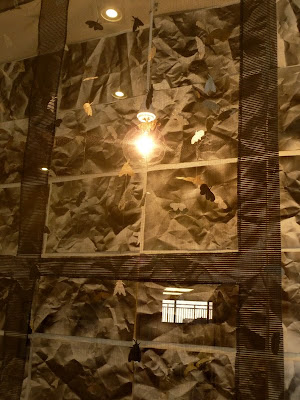 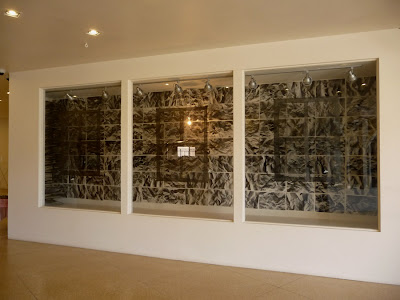 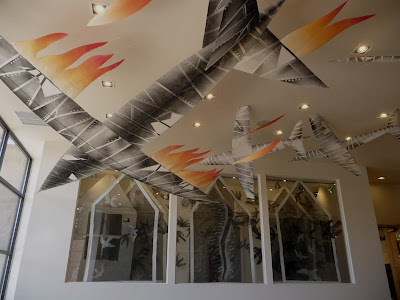 Two of Melanie’s kites were included in the show as well. One with an image of a toy house and another from her animal series of photographic tableaus featuring a rabbit headed figure and a rabbit marionette in the woods.
For more photos from the "Sleepwalking Songs" exhibition visit the Airworks Flikr slide show.
Posted by George at 6:14 PM