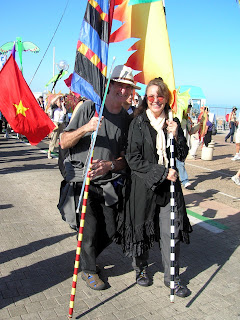 We packed up our kite bags to head off for the Dieppe International Kite Festival in Dieppe, France. The city of Dieppe is along the North coast of France in Normandy and is one of the premier international kite events in Europe. International guest flyers from all over the globe came to enjoy the winds, the French cuisine, long time friendships and the seaside ambiance of this charming city. Located along a stretch of chalk cliffs with a 15th century castle overlooking the broad pebble beach and grass park it is a lovely place to spend ten days flying kites.

We were greeted the first day by a strong wind and rains that canceled the traditional kite flyer’s parade through the streets of Dieppe on Sunday. People in Dieppe were saying that the summer has been unusually rainy as we all checked the weather report daily from a cyber hut set up on the flying field. Despite six days of intermittent bands of rain and clouds we still managed to pack in a lot of kite flying and gatherings with our international kite friends for meals in the afternoon and evenings. It seems that nothing short of a hurricane can dampen the spirits of the positive minded kite enthusiast.

The “kite village” featured several kite fields for each particular venue. There were single line kites along a broad stretch of grassy park, dual and four-line sport kites at the other end of the park and the giant kites on the huge stretch of pebble beach facing the ocean front. There were displays and vendors as well as the international kite village tents along the single line field. Each invited guest delegation from around the world puts up a display of their country’s kite traditions for the public to see.

While this was my sixth or seventh time at the festival, it never fails to delight. The wait for the perfect winds coming off from the sea each afternoon is taken by visits with kite friends and walks in town. Each Saturday there is a huge farmer’s market along the main street of Dieppe featuring a wide array of produce, flowers, fish market stands, food stalls and other merchants. By the end of the week the clouds lifted, the sun came out and the winds reached almost perfect conditions for putting up the whole sky circus. Saturday night featured one of the most spectacular night flying events I’ve seen in a long time with thousands attending. By Sunday morning we all took to the streets with our banners, music and kites for a closing day parade instead of the rained out opening day disappointment and paraded to thank the city of Dieppe for this wonderful event.

The pictures tell it all… 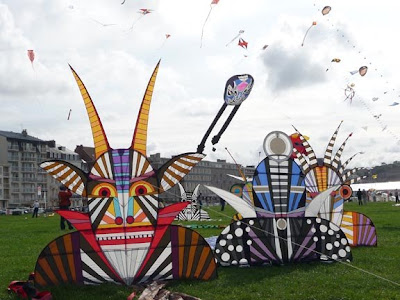 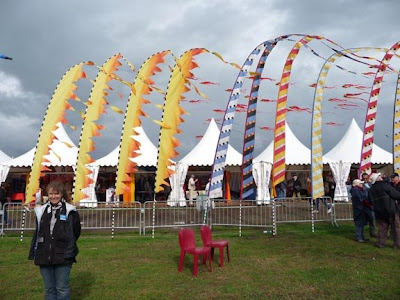 Melanie with the Flame and Bali banner array 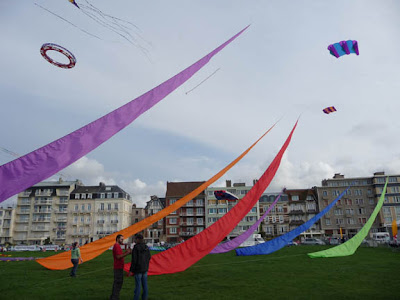 kite line banners made a big spash in the field 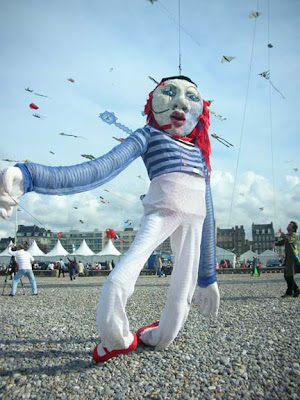 on the line of a kite 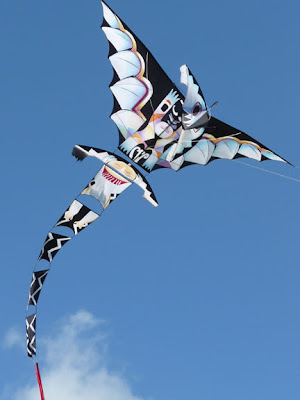 a kite by artist kitemaker,
Steve Brockett from Wales 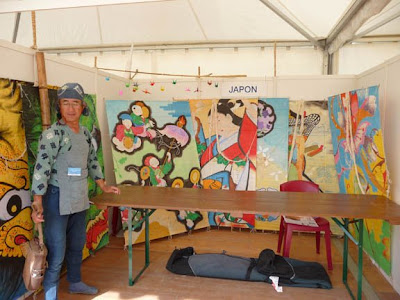 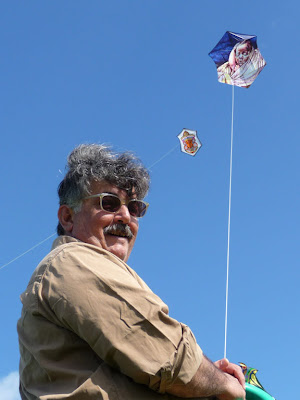 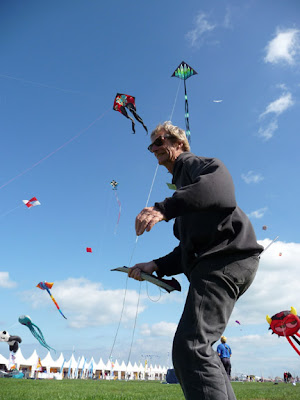 all the way from Tasmania 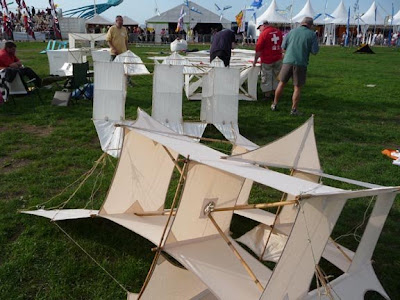 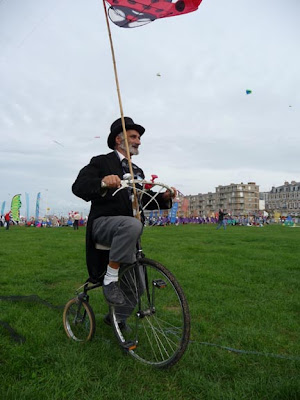 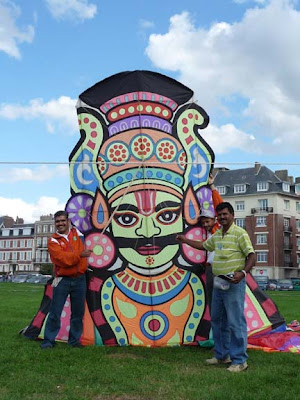 Then the parade took to the streets with drums drumming, 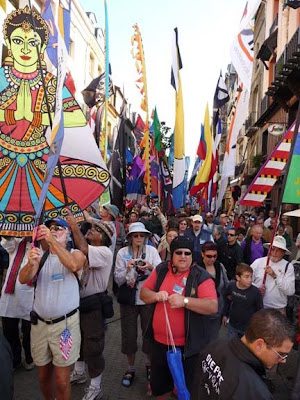 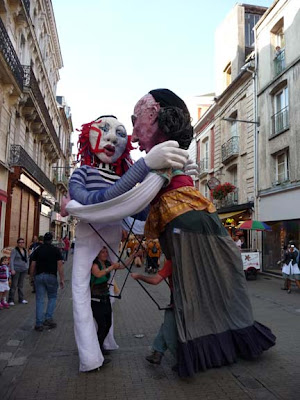 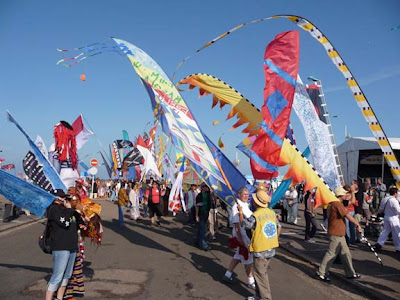 birds of a feather drum together... 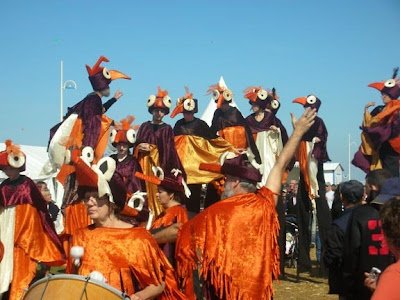 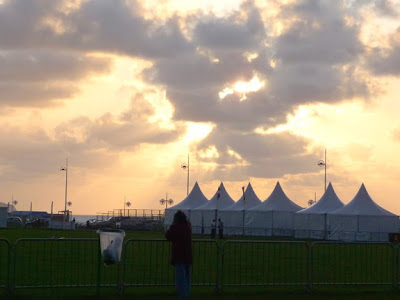