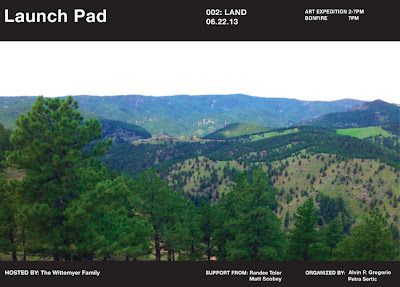 We recently were included in a group exhibition entitled "LAND". Over forty artists participated and developed works of art, performance pieces and time based projects for the one day event on June 22nd, 2013.

The works were situated in the picturesque setting of the Colorado landscape of the Wittemeyer Ranch just west of Boulder in the foothills. The curators of the exhibit were Petra Sertic from the Boulder Museum of Contemporary Art and Denver artist, Alvin Gregorio. Artists were chosen to engage this particular region of Colorado in it's historical and/or current context through works  of art in a variety of mediums, including large scale site-specific installations, time-based art, and experimental projects. 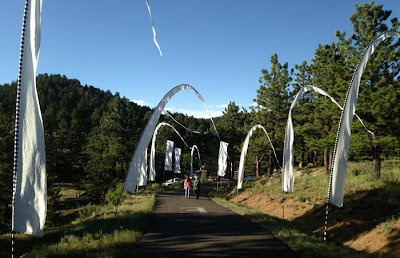 Our contributions were four entry way projects. At the Wittemeyer Ranch gates were a welcoming cluster of white flags along the roadway welcoming the out-of-doors gallery hikers. At the beginning of the trail entering the area of the exhibition were series of spinning mirrored Mylar ribbons along with broken 'glass' strands and reflective aluminum. As wind caught the kinetic sculpture, light reflections danced on the ground and flashed up the trees as people walked under the forest light show.


I entitled this piece "Tree Talk". Through a series of science experiments in the eighties involving detectors placed in forest areas it was discovered that trees emit certain chemical signals into the air warning other trees of insect or parasitic invasions and thus triggering changes in the tree's natural defense systems. The strung lines of forms refer to these aerial streams of conversations between the trees.

Melanie's piece, entitled "At the Edge of Memory - Drawn with the Wind" featured a group of drawings on cardboard tree stump tables. Pens, pencils and charcoal drawing instruments danced over the paper suspended by paper flagged strings strung from the tree branches creating individual time tracings from the wind and tree branch movements. 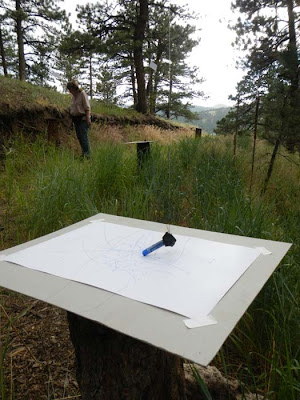 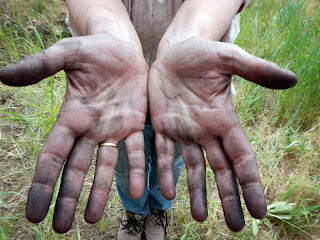 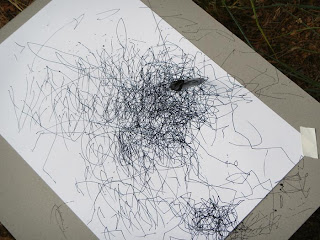 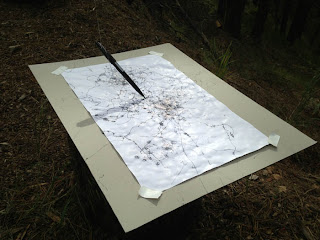 We also created an additional installation the day of the set up using plastic Christmas ornamental lawn deer. "Deer 'n the Headlights" features four plastic deer each with light bulb 'horns'. The deer were donated by our neighbor, Brad, after I spotted the deer in a pile in his open garage. "Hey, Brad... Can I borrow those?" Brad replied "Sure George... but under one condition... that you do NOT bring them back!". The deer now guard our west side of the house property drawing amused glances by passers by. 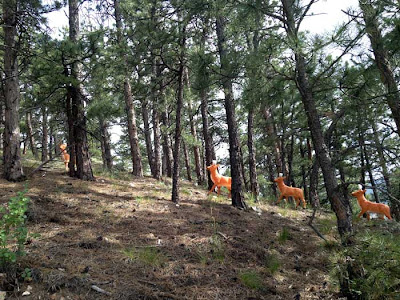 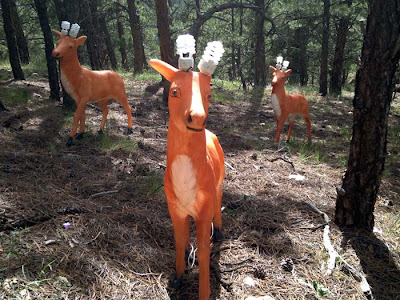 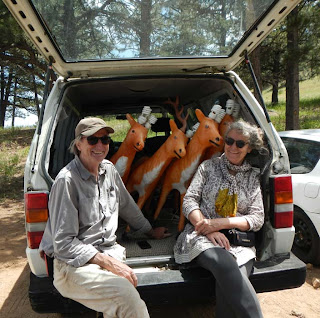 Here is a small sampling of other artist's works from the Launch Pad 002: LAND exhibition.... 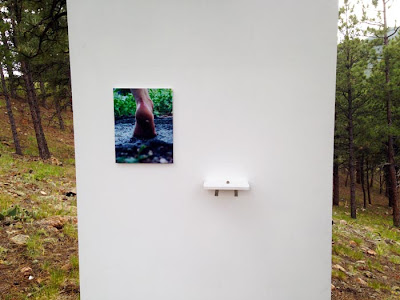 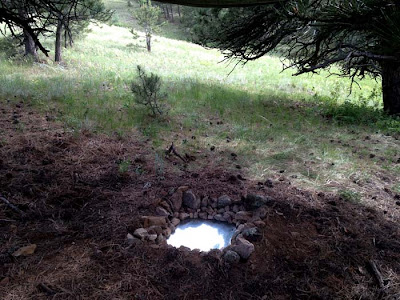 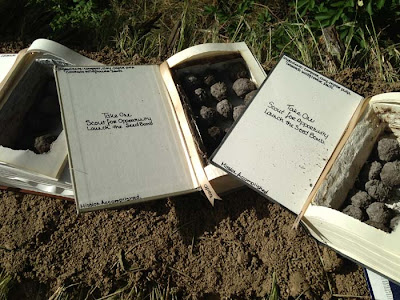 To see more of the LAND exhibition go to to the Flikr Slide Show. Click on the bottom center arrow on the image for the animated slide show.